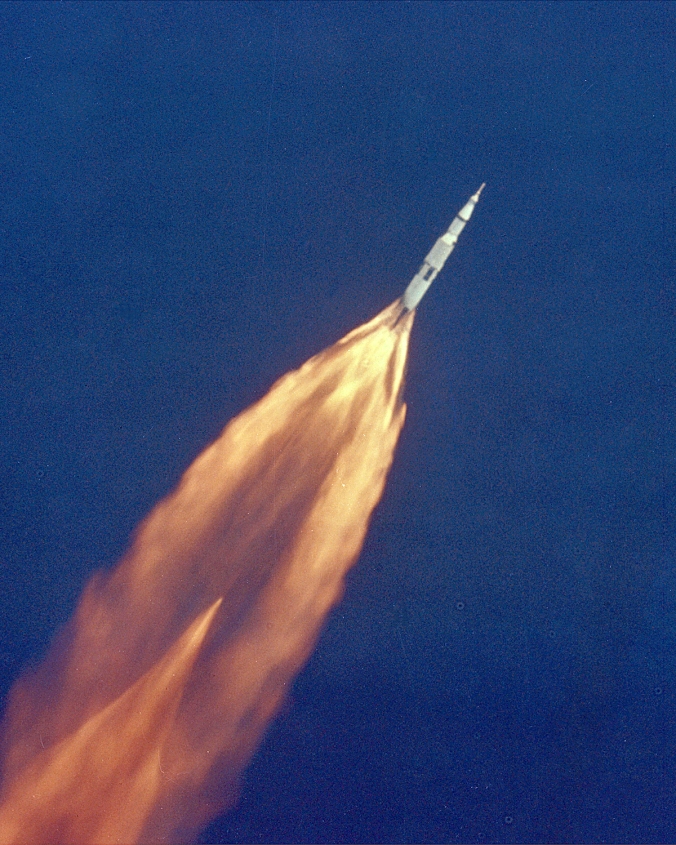 Silent she stands. Calibrated colossus of hardware, and human dreams.
Giant javelin, eyeing the heavens. Hungry,
Intestines of unfathomable complexity.
A million sets of eyes scan the horizon,
And await the unfurling of your phoenix wings.

Tracing orbital arc at vast, vacuum velocity,
Realm of unfathomable peril, and intoxicating possibility.
Slingshot from earth and burn for the moon,
Seven miles a second – you barely register.
Silent line, unspooling in space. Alone, no rival to race.

Moon – a monstrous void engulfs you, yawning blackness blots out the sun.
Back of neck bristles. It swallows you, nowhere to run.
Then, above lunar grey horizon
Blue white swirl, a painted jewel, slips silent into view,
Like a favourite marble. Planetary bird of paradise.
How can a rock so battered across aeons
Appear so like a gift – the heart to lift?

Inspired by seeing the Apollo 11 film.