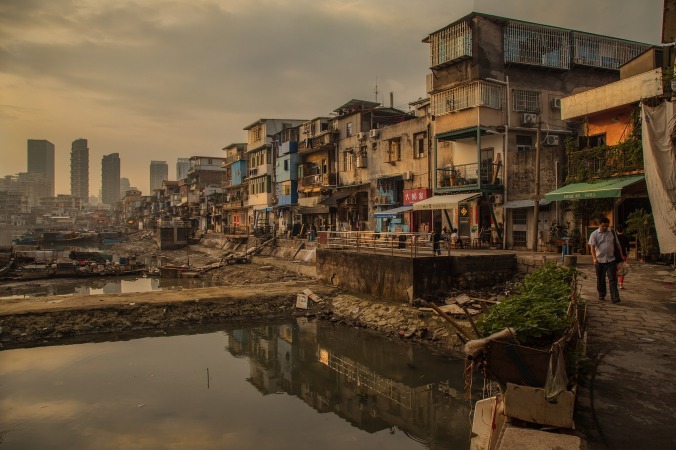 At the end of ‘Lion’, the BAFTA nominated film about a young Indian man’s search for his lost roots, we finally learn the reason for the film’s title: his original name ‘Sheru’ in Hindi means ‘lion’. But even before discovering that, the title feels appropriate; this is a film of power, beauty and an emotional force that stalks and slays you.

Even the barest bones of the (true life) plot indicate it’s destined to deliver an emotional sucker punch. In a nutshell: young boy from poor family, accidentally separated from brother, finds himself on a decommissioned train bound for Kolkata, 1600 kilometres from home. No way of finding his way back or being found; is adopted, then two decades later is prompted by a memory to embark on a search for lost home and family.

But it’s a deeper resonance that captured my imagination. For behind this tale of childhood vulnerability and search for lost origins, I perceived a (likely unwitting) parable of humanity’s quest for meaning, spirituality, and dare I say it, God. And a corresponding enactment of the drama of God’s search for us.

Our heart strings are tugged from the get go. Watching five year old infant ‘Saroo’ wandering lost in vast Kolkata, we sense his life could be snuffed out or terribly damaged at any moment as, like so many lost children in the developing world’s cities, he innocently negotiates pitfalls and horrors. Mercifully adopted by a kind Australian couple, twenty-odd years later we feel with him as he wrestles with the painful sense of his mysterious past.

The sight and smell at a party of a distinctive Indian food he knew as a child, is the trigger that propels him on a quest to discover his first home.

I can’t recall at what point exactly this sense of a broader, deeper spiritual resonance dawned on me. There’s something very moving about the persistence and meticulousness of his search. After all, even with the huge help afforded by the recent emergence of Google Earth, there’s still a gaping paucity of clues and memories, and vast dimensions of time and distance involved. Very much the proverbial needle in a haystack. But the blurred memory of a station water tower provides the key he needs, and after many obsessive hours he finally succeeds in tracking down on a map what he recognises to be his home village.

Part of art’s power is its capacity to provoke different resonances for people. The parallel arising in my own mind was inescapable: between Sheru’s quest for lost home and family, and the universal human search for meaning, belonging and identity. Or to put it more pictorially and passionately: the search in the lost, orphaned child in each of us for spiritual home and belonging. Equally and conversely, in Christian language, our Father God’s longing, heart-felt search for each of us.

The reunion between mother and son, when it finally comes, surrounded by a crowd of excited villagers, is both a tear-jerker and a beautiful taste of heaven. Gospel story parallels spring unbidden to mind: the search for the lost coin and sheep, and the prodigal son: “he was dead and is alive again; he was lost, and is found”.

In contemporary western society, many people have in varying degrees and ways given up on the possibility of any real reward at the end of a spiritual search – which may have been falteringly embarked on in youth, then abandoned or buried as ordinary life took over, or doubts and questions overwhelmed. The search at this film’s heart speaks eloquently to this malaise. Insofar as it resonates for others, may it provoke a profound inner search, yielding rich rewards.

One thought on “‘Lion’ film: a poignant parable of the spiritual search”